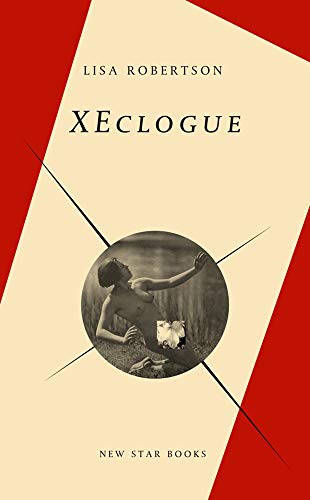 Poetry. Poetics. This book is a reprint of the popular 1993 Tsunami title by the author of DEBBIE: AN EPIC. Part manifesto, part dramatic dialogue, part epistolary prose, XEclogue jams the categories of Woman and Nature, inventing necessary fantasies of history and place. [Robertson] slams open the shutters of these poems ... This is young, fresh work, full of startling assertions ... She's a brave and eloquent composer. -- Billy Little, Boo Magazine. I want to tell you about the hegemony of my supple extensions. My pliant starlets float like symptoms. They float in the indicative case, flinging accusations, insults, blasphemies and curses. They're cerebral and illegal . . . (Ecologue Five, Phantasie . . . Four p.m.)

Lisa Robertson (born on July 22 1961) in Toronto is a Canadian poet who currently lives in Oakland. In 1979, she moved to British Columbia, where she remained for twenty-three years. During her time there, she was a member of The Kootenay School of Writing, which is a non-profit society that offers an alternative to the mainstream pedagogy of most Canadian universities. Although it is not necessarily acknowledged as much as her ties to The Kootenay School of Writing, she was integrally involved in Vancouver's art scene. Robertson is an honorary board member of Artspeak Gallery. She has written on and reviewed exhibitions and pieces by Kelly Wood, Robert Garcet, Liz Magor, Allyson Clay, Kathy Slade, and Hadley+Maxwell, among others. She has also written on architecture and sites in British Columbia, such as New Brighton Park and Value Village. Robertson contributed the "Beneath the Pavilions" column to Mix from 1997-1999. She co-edited the poetry journal Raddle Moon with Susan Clark in Vancouver, and has worked as an arts journalist, a book seller, a copy editor, an astrologer, a guest lecturer, and an essayist. She has written on the work of Robin Blaser, Denise Riley, Dionne Brand, Peter Culley, Ted Berrigan, John Clare, Lorine Niedecker, Pauline Reage, Michele Bernstein and Albertine Sarrazin. In 2006, she was a judge of the Griffin Poetry Prize and Holloway poet-in-residence at UC Berkeley. Currently she is artist-in-residence at California College of the Arts, in San Francisco