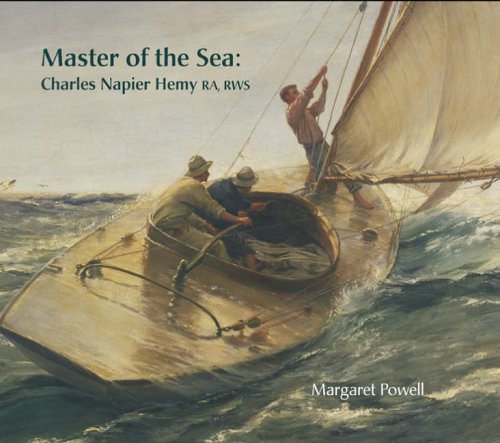 'a "must-have" book for anyone interested in marine art.' (Traditional Boats and Tall Ships, December 2005/January 2006) 'You can almost feel the spray and smell the tang of the sea as you turn the pages of this beautifully illustrated volume. ... 'This admirable study deserves to be commended for its vivid portrayal of the sensitive, often complex nature of one of our great artists.' (This England, Spring 2005) 'That Charles Napier Hemy is one of the world's best marine artists is without doubt ... 'The book is ... a superb biopic ... setting his life against the influence of the sea.' (Classic Boat, June 2005) 'it reassesses Hemy's talent and should go some way to rekindling interest in his achievements.' (Western Morning News, 12.10.04) 'This book is not only an accurate full account of the life and times of her grandfather, "a man true to himself", but also an absorbing read, generously illustrated. '... a book which all admirers of marine painting should possess' (The Cornishman, 04.11.04) '... contains a fascinating text and many superbly reproduced prints of the painter's work' (West Devon Diary, March 2005) 'Margaret Powell, grand-daughter of the artist, paints a picture of a man constantly pulled by conflicting forces, providing a new insight into an artist who was influenced both by the cloisters of the Roman Catholic church and the raw energy of the sea.' (Cornish World, 41, Spring 2005) 'containing good quality colour, sepia and black and white illustrations, this is a well-researched and enjoyable book.' (Old Cornwall, vol. XIII, no. 5, Autumn 2005)

2. Master of the Sea

6. Master of the Sea