Items related to Bilingualism or Not: The Education of Minorities (Multilingu...

Skutnabb-Kangas, Tove Bilingualism or Not: The Education of Minorities (Multilingual Matters)

Bilingualism or Not: The Education of Minorities (Multilingual Matters) 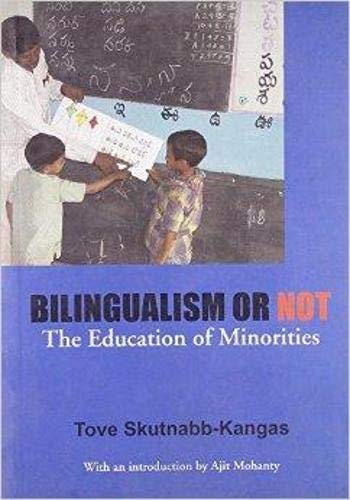 This book deals with bilingualism, particularly as it relates to migrants and indigenous minorities. People from (linguistic) minorities often have to become bilingual in order to cope in the larger society, while majority representatives may voluntarily become bilingual. The book begins with a "purely" linguistic coverage of bilingualism and then deals with the prerequisites and consequences of bilingualism from the perspectives of psychology and pedagogy. It then moves on from the family and the school to international comparisons of societies with different minority policies. It also analyses controversies about the education of migrants and minorities and places them in the wider political context. Among the topics covered are - the mother tongue, its development and significance and how it differs from languages learned later - definitions and measurement of bilingualism - different ways of becoming bilingual for different groups, in the school and the family - bilingualism, cognitive development and school achievement - semilingualism - guest worker policy and immigrant policy - violence in minority education.

1. Bilingualism Or Not (Multilingual Matters 7)