Items related to Life? or Theatre? 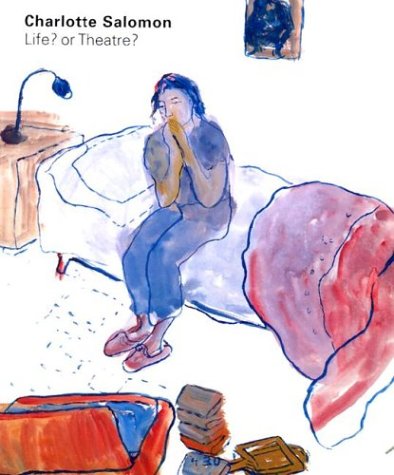 Life? or Theatre? Is the title Charlotte Salomon (1917-1943) gave to a sequence of nearly 800 small gouaches which she created between 1940 and 1942. The gouaches form a work of art, subtitled 'a play with music' which combines images, texts and musical references to recreate a life marked both by personal tragedy and external political events.

In Charlotte Salomon's art, text and image meet in an exuberant burst of joy and anguish.

A handsome and substantial volume [of] one of the most complex, fascinating and challenging artworks of the modern era.

Charlotte Salomon (Berlin 1917-Auschwitz 1943) was the only child of surgeon Albert Salomon and Fränze Grunwald, and was raised in an assimilated Jewish family. In 1935, she was admitted to the Art Academy. When the persecution of Jews intensified after the Kristallnacht, she fled to her grandparents in France. After the beginning of the war, she and her grandfather were sent to the camp Gurs, in the Pyrenees. In July they were allowed, because of his advanced age, to return to Nice, where a doctor advised Charlotte to start again with her creative work as a way to help process her experiences; tragedy, death, her world collapsing around her, she completed Life? Or theatre? in 1942.