Items related to The Natural History of Ulster

The Natural History of Ulster 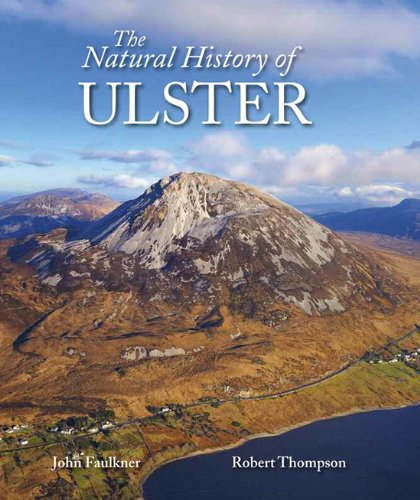 It's the first book of its kind about wildlife and nature in one of Ireland's ancient provinces. --Belfast Telegraph, May 31, 2011

ROBERT THOMPSON's interest in natural history began in childhood, when he spent much of his spare time exploring the grounds of a large parkland estate. He is an accomplished wildlife photographer - one of Britain and Ireland's foremost specialists on insect and macro photography - and author of several books including The Natural History of Ireland's Dragonflies and The Butterflies and Moths of Northern Ireland. He is a frequent contributor to natural history publications and the photographic press. He regularly lectures on photography and other natural history subjects in addition to conducting photographic workshops, tours and field trips. JOHN FAULKNER John Faulkner worked for the then Ministry of Agriculture for Northern Ireland and for Queen's University Belfast as a lecturer in agricultural genetics, before going on to become Director of Natural Heritage for the Northern Ireland Environment Agency. He has lived in County Armagh for forty years, and has explored many of its wilder nooks and crannies with the County Armagh Wildlife Society. He retired in 2005 to concentrate on his family, tending a large family, writing and trying to be part of what has since been labelled Big Society.