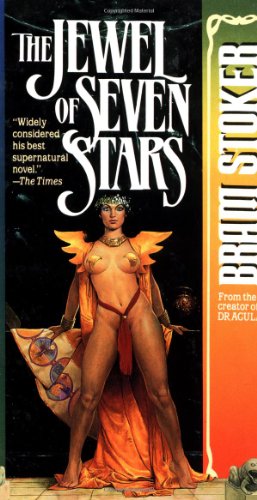 An Egyptologist, attempting to raise from the dead the mummy of Tera, an ancient Egyptian queen, finds a fabulous gem and is stricken senseless by an unknown force. Amid bloody and eerie scenes, his daughter is possessed by Tera's soul, and her fate depends upon bringing Tera's mummified body to life.

Abraham ‘Bram’ Stoker (1847–1912) was born in Dublin. Often ill during his childhood, he spent much time in bed listening to his mother’s grim stories, sparking his imagination. Stoker eventually came to work and live in London, meeting notable authors such as Arthur Conan Doyle and Oscar Wilde. Stoker wrote several stories based on supernatural horror, such as the compelling The Lair of the White Worm, and the most well-known of all his works, the gothic masterpiece Dracula.