Items related to The Long Road to Victory: A History of Czechoslovak...

The Long Road to Victory: A History of Czechoslovak Exile Organizations After 1968 (East European Monograph) 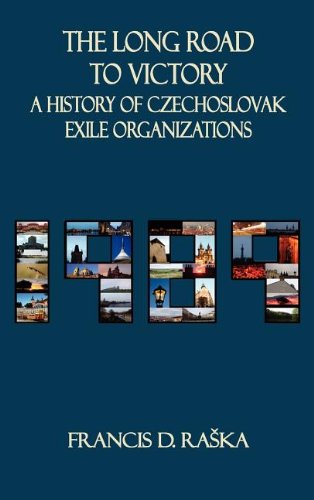 A continuation of his earlier work on Czechoslovak exile organizations, Fighting Communism from Afar: The Council of Free Czechoslovakia, this volume focuses on the activities of exile organizations after 1968. The author examines a substantial collection of personal letters, memoranda, letters to government officials, and journals published by organizations from archives in the Czech Republic, Italy, the United Kingdom, and the United States, as well as interviews with surviving members and functionaries of these organizations. The material illustrates the hardships, illusions, and disappointments of individuals who worked relentlessly for the restoration of civil rights and democracy in Czechoslovakia and to end the Soviet occupation of the country. These efforts were hampered by a lack of interest on the part of Western democracies for whom peaceful coexistence with the Soviet Union and its satellites was of paramount importance.

Francis D. Raska is an Associate Professor in the Department of American Studies, Charles University, Prague. His current research interests include Czechoslovak exiles in North America, American immigration policy, American national security policy during and after the Cold War, and various forms of dissent in the United States during the Cold War

1. The Long Road to Victory A History of Czechoslovak Exile Organizations