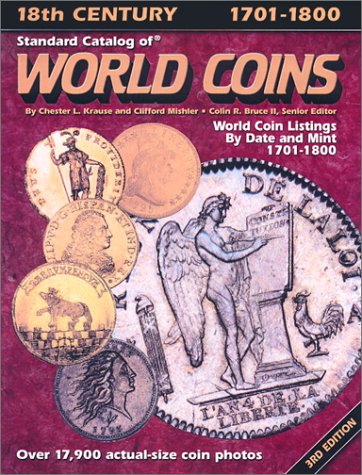 From the smallest mining pfennings to the largest multiple ducats in gold, this single volume represents a definitive collection of 18th century world coins, based on more than 30 years of research by hundreds of numismatic experts. The listings for issues from China, the German states, and the Holy Roman empire, along with Transylvania, the Papal states, France, and Spain contain a wealth of information not found in other world numismatic references. Listings are presented in a new easy-to-use format with more descriptive information and the denomination appearing next to each Krause-Mishler number. Coin prices are now listed in up to five grades of condition. Collectors are assured of updated and highly accurate pricing as international numismatic experts have reviewed every value. This third edition features over 17,900 actual size obverse and reverse coin images.