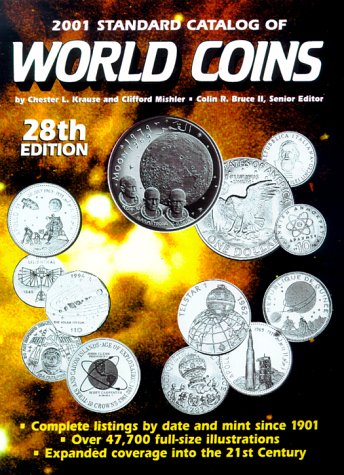 Identifies and lists current prices for all of the world's coins

Now in its 28th edition, this coin reference features more than a million current market coin prices and 47,600 photographs. It covers world coins and commemorative coins issued by date and mint since 1901 representing 570 coin-issuing authorities across the world

Book Description Condition: Acceptable. May have some shelf-wear due to normal use. Seller Inventory # 0KVBKE00EY17