Items related to The Yage Letters 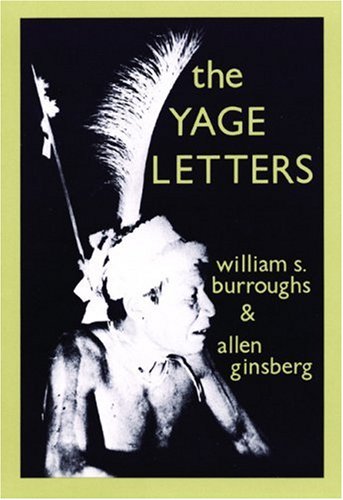 An early epistolary novel by William Burroughs, whose 1951 account of himself as as junkie, published under the pseudonym William Lee, ended "Yage may be the final fix". In letters to Allen Ginsberg, an unknown young poet in New York, his journey to the Amazon jungle is recorded, detailing picaresque incidents of a search for a telepathic-hallucinogenic-mind-expanding drug called yage (Ayahuasca, or Banisteripsis Caape), used by Amazon indian doctors for finding lost objects, mostly bodies and souls. Author and recipient of these letters met again in New York, Christmas 1953, and edited the writings to form this single book. The correspondence contains the first seeds of the later Burroughsian fantasy in "Naked Lunch". Seven years later Ginsberg in Peru writes his old guru an account of his own visions and terrors with the same drug, appealing for further counsel. Burroughs' mysterious reply is sent. The volume concludes with two epilogues: a short note from Ginsberg on his return from the Orient years later reassuring Self that he is still here on earth, and a final poetic cut-up by Burroughs, "I am dying, Meester?