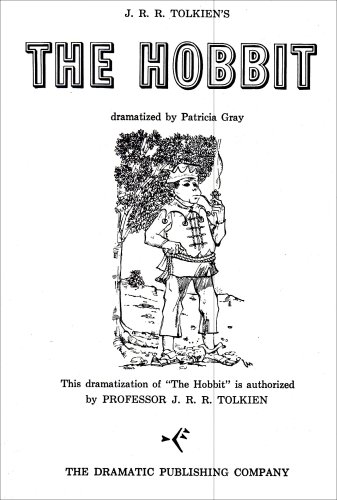 Cast: approximately 26. Variable number of hobbits and other inhabitants of Middle Earth. It's unusual for a modern work to become a classic so quickly, but Tolkien's "ring" stories, which began with The Hobbit, clearly are in this very special category. They stir the imagination and intellect of everyone they touch. Bilbo, one of the most conservative of all Hobbits, is asked to leave his large, roomy and very dry home in the ground in order to set off as chief robber in an attempt to recover an important treasure. It's the last thing that any sensitive Hobbit would want to do, but great benefit eventually resultsnot only for Bilbo but for all of the Hobbits who inhabit Middle Earthand the hearts of those children and adults who continue to enjoy this kind of magic. Multiple simple sets. Approximate Running Time: 2 hours.