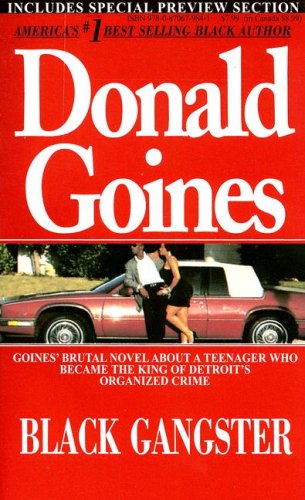 A story of black organized crime follows Prince from his beginning as a teenage ganglord to his position as head of Detroit's powerful mob.

Donald Goines was born in Detroit, Michigan. He joined the U.S. Air Force instead of going into his family's dry cleaning business. Following his service, he entered into a life of drug addiction and crime. He received seven prison sentences, serving a total of over six years. While he was in prison, Goines wrote his first two novels, Dopefiend: The Story of a Black Junkie and Whoreson: The Story of a Ghetto Pimp. Goines was shot to death in 1974.