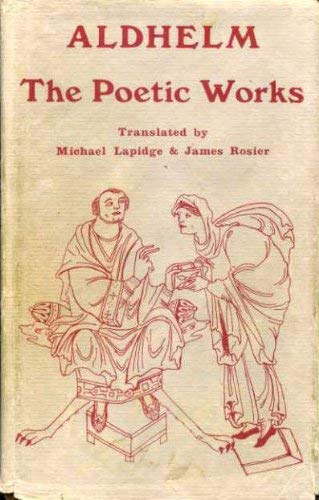 Aldhelm, born c.640 in Wessex, and becoming abbot of Malmesbury and later bishop of Sherborne, was the first English man of letters; up to 1100, his prose writings were the most widely read of any Latin literature produced in Anglo-Saxon England. His surviving prose works include a long treatise De virginitate, and a number of letters; these in particular are an important source of knowledge concerning Anglo-Saxon England. The treatise, a lengthy exhortation on virtue addressed to nuns at Barking Abbey, is a fascinating series of exempla drawn from the prodigious range of Aldhelm's knowledge of patristic literature, and tailored to the expectations of a seventh-century Anglo-Saxon female audience. Because of the extreme difficulty of his Latin, however, Aldhelm's prose works have rarely been read, and have never been adequately appreciated - which this translation seeks to remedy. It is accompanied with an introduction outlining Aldhelm's central importance to Anglo-Saxon literary culture; a critical biography which throws new light on what has previously been assumed about him; and an essay establishing an accurate canon and chronology of his writings.

Buy Used
Ex-library, hardback with D/J and... Learn more about this copy

Book Description D.S.Brewer, 1995. Hardcover. Condition: Very Good. NICE CONDITION HARDCOVER BOOK IN DUST JACKET. NO WRITING OR MARKINGS IN TEXT. ALMOST NO WEAR TO COVER. SOME WEAR TO DUST JACKET. A CLEAN & SOLID BOOK. FROM THE COLLECTION OF PROF. FRED ROBINSON, A DISTINGUISHED ANGLO-SAXON & OLD ENGLISH SCHOLAR AT YALE. I HAVE LISTED HIS BOOKS FOR SALE, PLEASE SEARCH THROUGH MY OTHER LISTINGS OR CONTACT ME WITH YOUR WANTS LIST. LOC:CASE. Seller Inventory # W-813

Book Description D.S.Brewer, 1995. Condition: Good. A+ Customer service! Satisfaction Guaranteed! Book is in Used-Good condition. Pages and cover are clean and intact. Used items may not include supplementary materials such as CDs or access codes. May show signs of minor shelf wear and contain limited notes and highlighting. Seller Inventory # 0859911462-2-4