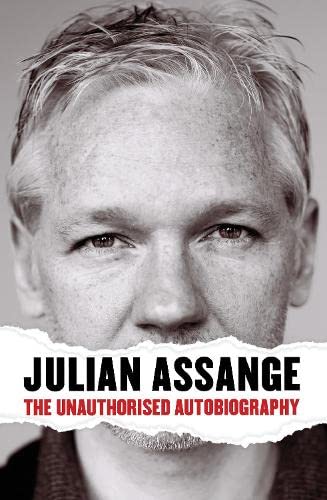 In December 2010, Julian Assange signed a contract with Canongate Books to write a book - part memoir, part manifesto - for publication the following year. At the time, Julian said: 'I hope this book will become one of the unifying documents of our generation. In this highly personal work, I explain our global struggle to force a new relationship between the people and their governments.' In the end, the work was to prove too personal. Despite sitting for more than fifty hours of taped interviews discussing his life and the work of WikiLeaks with the writer he had enlisted to help him, Julian became increasingly troubled by the thought of publishing an autobiography. After reading the first draft of the book at the end of March, Julian declared: 'All memoir is prostitution.' In June 2011, with thirty-eight publishing houses around the world committed to releasing the book, Julian told us he wanted to cancel his contract. We disagree with Julian's assessment of the book. We believe it explains both the man and his work, underlining his commitment to the truth. Julian always claimed the book was well written; we agree, and this also encouraged us to make the book available to readers. And the contract? By the time Julian wanted to cancel the deal he had already used the advance money to settle his legal bills. So the contract still stands. We have decided to honour it - and to publish. This book is the unauthorised first draft. It is passionate, provocative and opinionated - like its author. It fulfils the promise of the original proposal and we are proud to publish it. Canongate Books, September 2011

`An extraordinary story, lovely writing and a weirdo hero - what's not to like? An engrossing read.' --INDEPENDENT

`Beautifully textured . . . There is something special about him: a scrappiness, a chippiness, a kind of brilliance. Whatever his doubts, he is well served by this book.' --THE TIMES

'It is not hard to see why the WikiLeaker turned so coy. The book, written from interviews with him, reveals an extraordinary character, both inspiring and deeply flawed, who turns on those who fail to see things his way.'
--SUNDAY TIMES

Julian Assange is the editor in chief of WikiLeaks. In 2010 he won Time magazine's 'Reader's Choice Person of the Year' poll and the Sydney Peace Prize, and was named Le Monde's 'Man of the Year'. He has also been awarded the Amnesty International 'UK Media Award' and the Sam Adams Award for 'Integrity in Intelligence'. In February 2011, his organisation, WikiLeaks, was nominated for a Nobel Peace Prize after publishing three of the biggest leaks of classified information in history: the Afghan War Diaries, the Iraq War Logs and Cablegate.