Items related to The Beatles - Across the Universe: On Tour and on Stage

Neill, Andy The Beatles - Across the Universe: On Tour and on Stage

The Beatles - Across the Universe: On Tour and on Stage 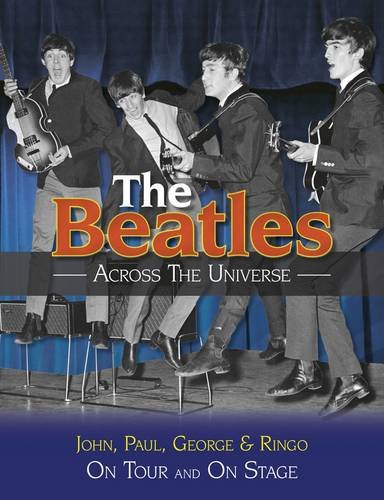 Culturally The Beatles were a global phenomenon - changing all facets of popular music for good, but not just because they were a band that made great recordings. How big a part did performing in concert play? Would they have achieved what they did without an early grounding in the dancehalls and clubs of Liverpool and Hamburg? After their first year as a headline-grabbing attraction, why did The Beatles soon tire of the relentless pace of Beatlemania?

ANDY NEILL is a music writer, researcher and historian, who co-wrote the acclaimed illustrated biography, Anyway Anyhow Anywhere: The Complete Chronicle Of The Who. He has contributed to numerous best-selling rock music biographies and documentaries including The Real John Lennon, The Rolling Stones' Rock And Roll Circus, and Amazing Journey: The Story Of The Who. He lives in London and has been a Fab Four fanatic all his life.