Items related to The Book of the it

Groddeck, Georg The Book of the it

The Book of the it 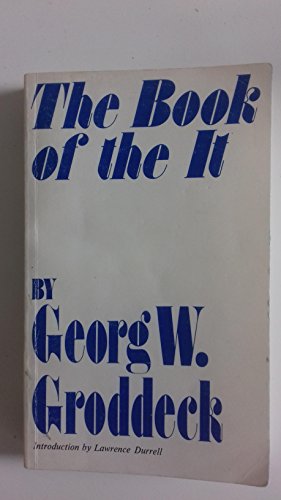 "The missing link between Krafft-Ebing and Freud" First published in 1923, Georg Groddeck's The Book Of The It is a key text in the history of psychoanalytical thought and the investigation of human sexual compulsion. Configured as a series of confessional letters, the book posits the "It" as the unconscious force which drives human behaviour and underpins its poles of attraction and revulsion, and which stands as the root source of physical disease. It was this notion which Freud would modify into his concept of the Id, a primal calculus of sex and violence. Groddeck was an early advocate of self-healing, believing that recognizing the "It" was the first step necessary to understanding human illness. He defines a zone of blood, bodily excretion, multilation, nightmare and psychosexual dysfunction depicted in startling atavistic symbolism, culminating in the complex of the Bad Seven, a nexus of orifices presided over by the figure of the castrating wolf. Through a darkly excrementitional lens grounded to the sexual pulse of decay, Groddeck reveals the most hidden recesses of the human psyche.

Book Description Vision Press, 1979. Condition: Good. A+ Customer service! Satisfaction Guaranteed! Book is in Used-Good condition. Pages and cover are clean and intact. Used items may not include supplementary materials such as CDs or access codes. May show signs of minor shelf wear and contain limited notes and highlighting. Seller Inventory # 0854782346-2-4