Items related to DOES GOD BELIEVE IN ATHEISTS

DOES GOD BELIEVE IN ATHEISTS 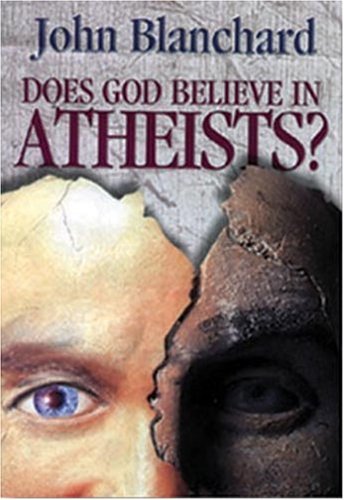 Traces the development of atheistic and agnostic thinking from the 'Golden Age' of Greek philosophy to the present day. Pinpoints the influence of thinkers such as Immanuel Kant, Friedrich Nietzsche, Martin Heidegger, Albert Camus, Jean-Paul Sartre and Bertrand Russell, and shows how their teaching has shaped recent atheistic and agnostic ideas. Traces the rise of Darwinian evolutionism and uncovers the weaknesses in claims made by its modern supporters such as Richard Dawkins and Peter Atkins. Exposes the errors of secular humanism, materialism, relativism, determinism and existentialism. Highlights the fundamental flaws in nine world religions and fourteen major cults. Shows why science and true religion are not opposed to each other. Examines the critical issue of how an all-powerful God of love can allow evil and suffering in the world.

'John Blanchard has put us greatly in his debt with this extensively researched and lucidly written 'encyclopaedia' of atheists' arguments and the responses to them.'--The Banner of Truth

'John Blanchard masterfully engages both Christian and unbeliever alike. Essential reading for anyone who questions the existence of God.'--Today

Dr John Blanchard is an internationally-known author, evangelist and Christian apologist. Some eighteen million copies of his publications are in print in over sixty languages.

1. Does God Believe in Atheists

2. Does God Believe in Atheists

3. DOES GOD BELIEVE IN ATHEISTS