William Augustus, Duke of Cumberland, a Life: Victor of Culloden 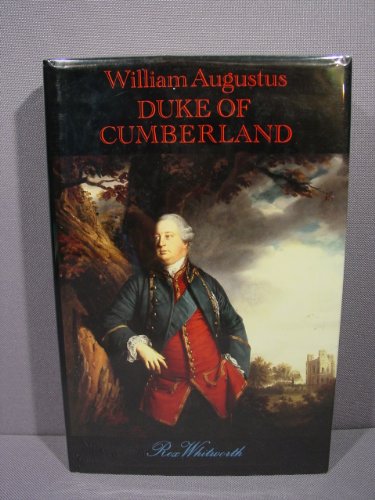 The bitterness caused by the Battle of Culloden and the brutal suppression of the Scots which was masterminded by "Butcher" Cumberland, had repercussions which linger even today. This is a biography of The Duke of Cumberland, Colonel of the First Footguards, who - as a youthful Captain-General of the British - fought the veteran mercenary Marshal Saxe at Fontenoy and Lauffeldt. Beaten, along with a motley collection of allied contingents, by the French, he returned from campaigning abroad to the Highlands of Scotland and finally extinguished, at Culloden, Jacobite hopes for his father's throne. Favourite son of the martial George II and the intellectual Caroline of Anspach, he was carefully nurtured as the first prince of the House of Brunswick to be born in England and to talk and think in the British idiom. His natural instinct for public service as the duty of a prince aroused the jealousy of the politicians and accusations from Tory scribblers that he was set on establishing a German-style military autocracy. Everything he did to reform a small standing army, chiefly by making the officers more professional, was wrongly interpreted as a step to that end. He preferred, as political friends, the more genial Fox and Sandwich to the jealousies and suspicions of the power-hungry Duke of Newcastle and the temperamental patriotism of the elder Pitt. It seemed a final mortification when, after reluctantly agreeing to defend his father's Electorate against the French at the head of a number of German contingents, he gave way before a superior French army and concluded an armistice, which George II refused to ratify. Summoned home in disgrace, Cumberland sought the only way his personal honour could survive injustice, by throwing up all his military appointments to retire to his country estate at Windsor. Employing discharged soldiers, he hugely embellished the park landscape and built up the most famous stud in the history of the British turf, taking a chief part in setting up the Jockey Club. His experience and advice, however, was found indispensible in the strategic direction of the Seven Years War (1756-1763), and he ended his life in putting together for his despairing nephew, King George III, the first Rockingham ministry of 1765, which repealed the Stamp Act. He founded the Royal American Regiment (later 60th Rifles) and was the first military chief to send Regular Army units to India. Horace Walpole ranked Cumberland as one of the five greatest men of his time, and Fortescue declared that, despite his faults, he was the ablest prince of all his House.