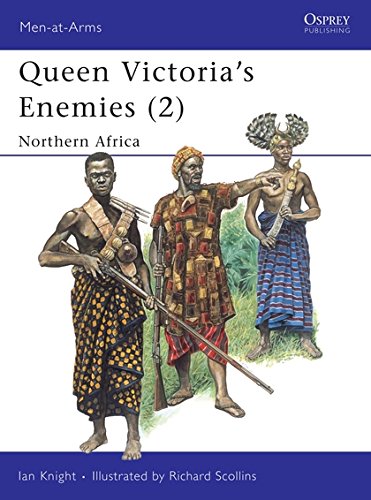 The British Army in Queen Victoria's reign fought a series of regional campaigns against various African groups with complex military traditions well-suited to their environment. In many instances, the outcome of the ensuing fighting was by no means one-sided. This book focuses on the large-scale wars in northern Africa in which British regular troops were engaged throughout the 19th century, including those in Abyssinia, Asante, Egypt and the Sudan. Containing a number of rare contemporary photographs and eight colour plates, the book charts the history of these campaigns and describes the African groups against which they were waged.

Ian Knight is a leading international expert on the Anglo-Zulu War. He has written, co-written or edited over 30 books, including several in the Osprey Men-at-Arms, Elite, Warrior and Campaign series. He studied Afro-Caribbean Studies at Kent University, and is an Honorary Research Associate of the Natal Museum and Vice President of the Anglo-Zulu War Historical Society. He has also contributed to a number of television documentaries on the war. In 2000 he was the historian advising the Glasgow University team who made the first archaeological survey of the Isandlwana battlefield. Richard Scollins was one of the most popular artists ever to work for Osprey. Rick was born in 1946 and pursued a career as an artist after four years at art college and a postgraduate teaching course at Cardiff. Rick quickly developed a distinct style and, despite being a pacifist, he gained a feel for military subjects. Rick's artwork was always realistic and is highly sought after by collectors. Rick Scollins died in 1992.