Items related to Pastors and Masters 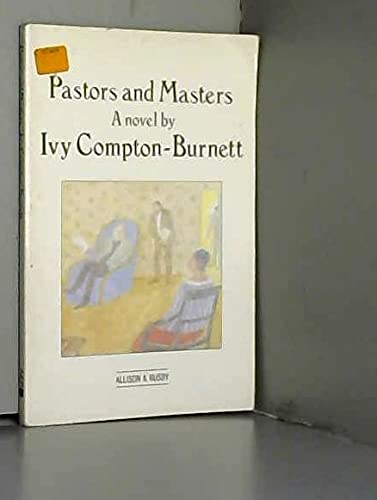 96 pages. Book appears to have hardly been read and is in Fine condition throughout.

'Astonishing, amazing. It is like nothing else in the world. It is a work of genius' --The New Statesman

'It's short, funny, and...I would recommend it to those who want to give Ivy Compton Burnett a go, and don't feel up to one of her longer novels. If you like this, there's a lot more to explore - if you don't, at least it has one of Hesperus' beautiful covers!' --Stuck in a Book

Ivy Compton-Burnett (1884-1969) was a celebrated English novelist noted for her wit and sardonic style. She won the James Tait Black Memorial Prize and was awarded a DBE.Sue Townsend is a British novelist and playwright best known for the hugely popular Adrian Mole series and for such social satires as The Queen and I (1992) and Number Ten (2002)