Rosy Cross Unveiled: The History, Mythology and Rituals of an Occult Order 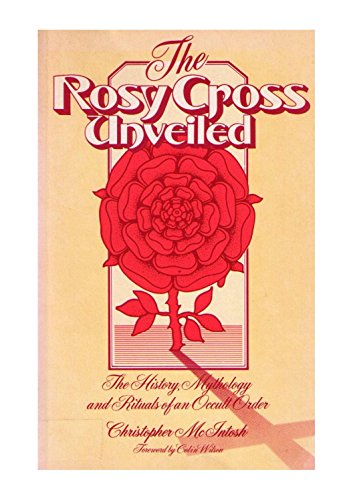 120 years after his death the body of Father Christian Rosenkreuz remained in a state of perfect preservation in a seven-sided vault. So runs part of the legend concerning the birth of the Fraternity of the Rosy Cross, with its mysterious founder Christian Rosenkreuz, the forerunner of the many 'Secret Masters' who have had such a profound influence on Western occultism. Alchemy, Freemasonry, the Hermetic Order of the Golden Dawn and such literary works as Bulwer-Lytton's Zanoni, as well as a host of esoteric societies, have all been enriched by the symbolism and aspirations of Rosicrucianism. Here, for the first time, Christopher McIntosh, the biOgrapher of Eliphas Levi, tells the strange story of the Rosy Cross in its entirety, from its shadowy seventeenth-century genesis to its present-day offshoots.

Book Description HarperCollins Canada / Do Not Use 1980-12-01, 1980. Paperback. Condition: Good. Item is in good condition. Some moderate creases and wear. This item may not come with CDs or additional parts including access codes for textbooks. Might be an ex-library copy and contain writing/highlighting. Photos are stock pictures and not of the actual item. Seller Inventory # DS-0850302196-3