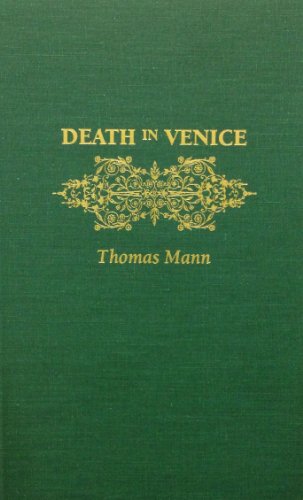 A tale of genius in which Thomas Mann explores the artist's relation to life. First published in 1912, Death in Venice tells how Gustave von Aschenbach, a writer utterly absorbed in his work, arrives in Venice as the result of a 'youthfully ardent thirst for distant scenes', and meets a young boy by whose beauty he becomes obsessed. His pitiful pursuit of the object of his affection and its inevitable and pathetic climax are told here with the particular skill the author has for this shorter form of fiction.