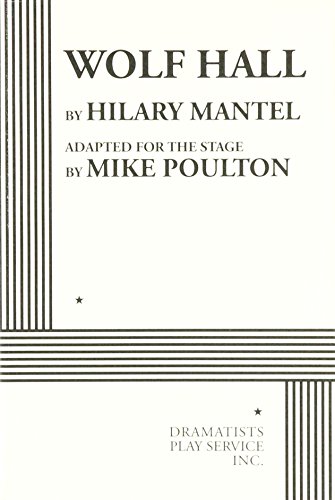 In the ruthless arena of King Henry VIII's court, only one man dares to gamble his life to win the king's favor and ascend to the heights of political power

England in the 1520s is a heartbeat from disaster. If the king dies without a male heir, the country could be destroyed by civil war. Henry VIII wants to annul his marriage of twenty years, and marry Anne Boleyn. The pope and most of Europe opposes him. The quest for the king's freedom destroys his adviser, the brilliant Cardinal Wolsey, and leaves a power vacuum.

Into this impasse steps Thomas Cromwell. Cromwell is a wholly original man, a charmer and a bully, both idealist and opportunist, astute in reading people and a demon of energy: he is also a consummate politician, hardened by his personal losses, implacable in his ambition. But Henry is volatile: one day tender, one day murderous. Cromwell helps him break the opposition, but what will be the price of his triumph?

In inimitable style, Hilary Mantel presents a picture of a half-made society on the cusp of change, where individuals fight or embrace their fate with passion and courage. With a vast array of characters, overflowing with incident, the novel re-creates an era when the personal and political are separated by a hairbreadth, where success brings unlimited power but a single failure means death.

Hilary Mantel is the author of Wolf Hall, winner of the 2009 Man Booker Prize and the National Book Critics Circle Award, and shortlisted for the Orange Prize for Fiction. She is also the author of A Change of Climate, A Place of Greater Safety, Eight Months on Ghazzah Street, An Experiment in Love, The Giant, O'Brien, Fludd, Every Day Is Mother's Day, Vacant Possession, and Beyond Black, which was shortlisted for the Orange Prize. She has also written a memoir, Giving Up the Ghost. Winner of the Hawthornden Prize, she reviews for The New York Times, The New York Review of Books, and the London Review of Books. She lives in England.