Items related to Pythagoras' Trousers: God, Physics and the Gender... 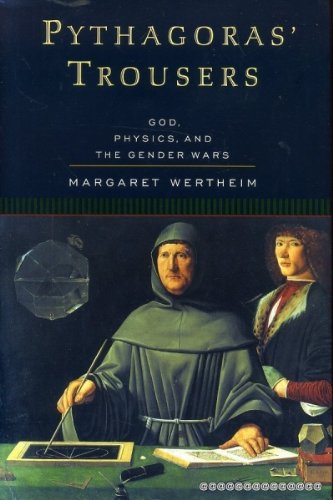 A sociological history of physics, from ancient Greece up to the present, argues that the exclusion of women from the scientific community has meant that modern advances in physics reflect a male perspective. 17,500 first printing.

Fascinating. . . . A delight to read, and highly informative.--Keith Devlin

Smart, bold, and provocative. . . . Sure to evoke even more interest than it does controversy.--Evelyn Fox Keller, professor, Massachusetts Institute of Technology, author of Reflections on Gender and Science

[An] immensely accessible tour. . . . How the physics lab became another Vatican with a no-girls-allowed sign on its door.--Susan Faludi, author of Backlash

Margaret Wertheim is an Australian science writer with a BSc in physics and BA in mathematics and computing. She has written widely about science and technology for Australian magazines, television and radio. Her TV work includes the international award-winning Catalyst, which she wrote and directed. She has written for Vogue, Elle, Glamour, Lingua Franca, Zygon and OMNI.