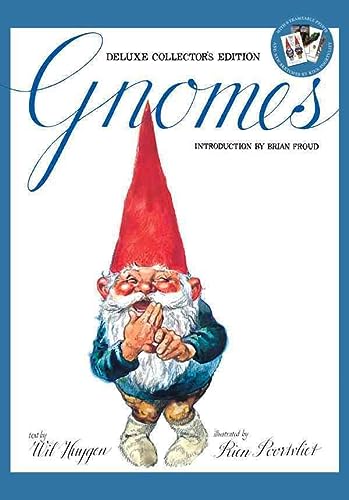 Over 35 years ago Gnomes was published and the world first became enchanted with the simple, diligent, and magical ways of these special creatures. The title went on to become a New York Times bestseller and has sold over a million copies. Based on Rien Poortvliet and Wil Huygen's scientific observation of the local gnome population in Holland, Gnomes covers all areas of gnome culture: architecture, education, courtship, medicine, industry, and relationships with other mythical creatures. This revised collector's edition of Gnomes features a new introduction, 8-removable prints in a back cover pocket, and an all-new signature of never-before-published gnome sketches by artist Rien Poortvliet.