Items related to Beyond: Visions of the Interplanetary Probes

Benson, Michael Beyond: Visions of the Interplanetary Probes

Beyond: Visions of the Interplanetary Probes 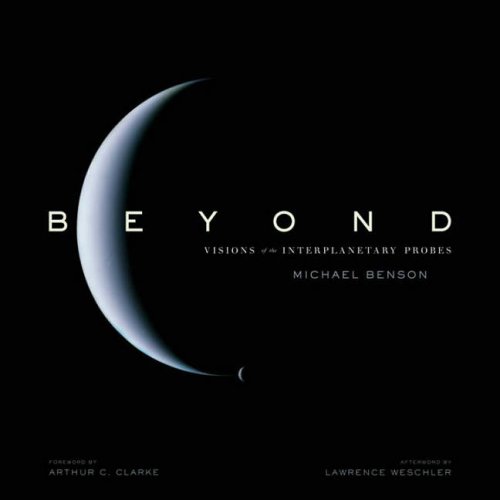 Since the 1960s, the National Aeronautics and Space Administration has been sending unmanned satellites to explore the planets, moons and sun. These probes have amassed a stunning visual record of other worlds, revealing not one but scores of new frontiers, from rust-red Mars to the ethereal rings of Saturn. In "Beyond", author Michael Benson has pulled together the most spectacular of these images into one volume that presents these photographs for the first time as art. The resulting book consists of two parts: the first is a spectacular visual tour of the solar system, with views every bit as compelling as the work of the great landscape photographers on earth; the second is a series of beautifully written essays that explain the story behind these photographs: the history of the probes' journeys, how they work and why they were built. This book shows us how modern science has revealed the astonishing beauty and mystery of the solar system and its awe-inspiring worlds far beyond any places human beings have ever directly observed.

Michael Benson is a journalist and maker of documentary films, including the award-winning Predictions of Fire (1995). His work has been published in the New York Times, Rolling Stone, and The Nation, among other publications, and he has been a television (CNN) and radio (NPR) reporter. He lives in Ljubljana, Slovenia.

1. Beyond: Visions of Interplanetary Probes