Items related to The Silverado Squatters by Robert Louis Stevenson,... 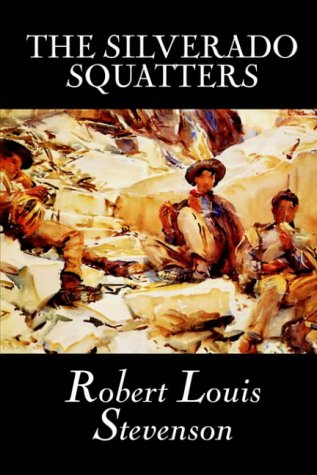 The scene of this little book is on a high mountain. There are, indeed, many higher; there are many of a nobler outline. It is no place of pilgrimage for the summary globe-trotter; but to one who lives upon its sides, Mount Saint Helena soon becomes a center of interest. It is the Mont Blanc of one section of the Californian Coast Range, none of its near neighbors rising to one-half its altitude. It looks down on much green, intricate country. It feeds in the spring-time many splashing brooks. From its summit you must have an excellent lesson of geography: seeing, to the south, San Francisco Bay, with Tamalpais on the one hand and Monte Diablo on the other; to the west and thirty miles away, the open ocean; eastward, across the corn-lands and thick tule swamps of Sacramento Valley, to where the Central Pacific railroad begins to climb the sides of the Sierras and northward, for what I know, the white head of Shasta looking down on Oregon.

The author's experiences at Silverado were recorded in a journal he called "Silverado Sketches", parts of which he incorporated into Silverado Squatters in 1883 while living in Bournemouth, England, with other tales appearing in "Essays of Travel" and "Across the Plains". Many of his notes on the scenery around him later provided much of the descriptive detail for Treasure Island (1883).

Just as Peter Mayle captured the mood an characters of Provence, Robert Louis Stevenson evokes California's wine country and some of the unique characters he found there while honeymooning with Bay Area native Frances Osbourne and her stepson in the summer of 1880. The new family spent nine weeks in Calistoga and the Napa Valley, residing in a bunkhouse of an abandoned silver mine, doing what visitors to the area do today - living graciously (given the at times daunting constraints of their rustic adopted home), admiring the region's serene beauty, and sipping samples of the local elixirs. The author's first work published on this side of the Atlantic (with the exception of a few poems in The Atlantic Monthly), The Silverado Squatters laid the groundwork for the immense popularity Stevenson came to enjoy here. This classic, beautifully written account of a sojourn in the late-nineteenth century wine country by one of Northern California's literary forefathers provides a vivid, delightful complement to an actual visit to the region today.

Robert Louis Balfour Stevenson (1850 - 1894) was a Scottish novelist, poet, essayist and travel writer. His most famous works are Treasure Island, Kidnapped, Strange Case of Dr Jekyll and Mr Hyde and A Child's Garden of Verses. A literary celebrity during his lifetime, Stevenson now ranks among the 26 most translated authors in the world. His works have been admired by many other writers.