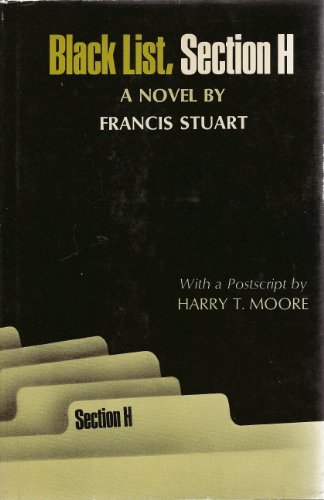 "Black List," " Section H "is Francis Stuart s twentieth novel, the consummation of a lifetime devoted to writing, and perhaps the keystone through which all of his other works must be viewed. Almost totally autobiographical, described by the novelist himself as an imaginative fiction in which only real people appear, and under their actual names where possible, the novel encompasses the period from 1919, when H, the hero, comes to Dublin and meets Maud Gonne and marries her adopted daughter, Iseult, through the period of the Second World War, when in 1939, burdened by marital and financial difficulties he accepts a position as lecturer at Berlin University. Stuart s depiction of wartime Berlin, the Allied bombings, and the endless shuffling between refugee and prison camps after the war is one of the few accounts of these experiences in English. More than a mere record of one man s life, the book is an experience deeply lived and set down in fine prose with an intensity that is contagious."

Francis Stuart lives and works in Dunshaughlin, County Meath, Ireland. Three of his previous novels are "Redemption," "The Pillar of Cloud," and "The White Hare."