Items related to The Films of Brigitte Bardot

The Films of Brigitte Bardot 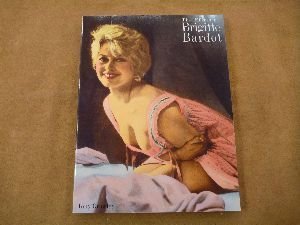 Brigitte Bardot was the original, pouting blonde sex symbol. Her look has spawned countless imitators from Ursula Andress to Kim Basinger, but no one has been able to recreate the vulnerable, untamed appeal of this French actress. It was in Roger Vadim's "And God Created Woman", in 1956, that the world got its first glimpse of Bardot. Then films like "Helen of Troy" and Jean-Luc Godard's "Contempt" solidified her fame. This book celebrates Bardot's film career with complete lists of casts, synopses and credits of all her films.

1. The Films of Brigitte Bardot