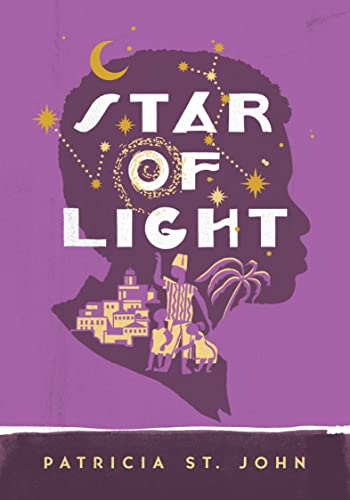 Star of Light Hamid does not want his little blind sister, Kinza, to be sold to a beggar, by their stepfather, so he decides to rescue her. Together they escape from their mountain village to a town where there may be a new home for Kinza. But this is only the start of their adventures.

PATRICIA ST. JOHN (1919-1993) was a nurse, missionary and author. She earned a nursing degree at St. Thomas¿ Hospital in London in 1946. In the early 1950¿s she moved to Tangier, Morocco where she served as a missionary nurse for 27 years. Throughout her life, she travelled extensively in Europe, North Africa, and the Middle East, as the settings of her novels reflect. In 1977, she returned to England, where she cared for elderly relatives and ministered from her home to youths, single parents, and the elderly. Patricia authored numerous books, including Treasures of the Snow, The Tanglewoods¿ Secret, The Secret at Pheasant Cottage, and Star of Light.

1. Star of Light (Paperback or Softback)

Book Description Paperback. Condition: New. Paperback. Hamid rubbed the light from his eyes and looked again. He was not dreaming. It was his stepfather The man watched Kinza as a snake might watch a baby rabbit at play, waiting for the momen.Shipping may be from multiple locations in the US or from the UK, depending on stock availability. 158 pages. 0.191. Seller Inventory # 9780802465771