Items related to The Secret of Handling Money God's Way 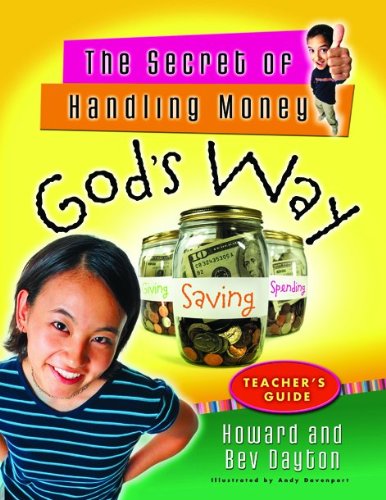 This 12-week curriculum is fashioned much the same as The ABC's of Handling Money God's Way, but is designed for children ages 8-12. Includes Scripture memorization, more in-depth questions, and activities to apply what each chapter has taught. Teacher's guide.

HOWARD DAYTON is Co-founder of Crown Financial Ministries(R), created by a 2000 merger of Crown Ministries, which he founded in 1985, and Larry Burkett¿s Christian Financial Concepts. Howard¿s books and small-group financial studies have been used by thousands of churches and individuals. He is a former naval officer, restaurateur, and real estate developer.

Howard and his wife, Bev, have been married for over 35 years. They reside in Gainesville, Georgia, and have two married children.

BEVERLY DAYTON, along with her husband Howard, has co-authored books, workbooks, and teacher¿s guides designed to teach children and teenagers to handle money God¿s way. Bev is an accomplished speaker and also owns a home-based business. Howard and Bev have been married for over 35 years, have two married children, Matthew and Danielle, and live in Gainesville, Georgia.