Items related to The Complete Plays 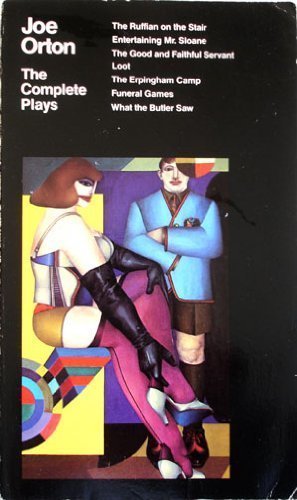 I suppose I'm a believer in Original Sin. People are profoundly bad but irresistibly funny' Joe Orton. This volume contains everything that Orton wrote for the theatre, radio and television from his first play in 1964, The Ruffian on the Stair, up to his violent death in 1967 at the age of 34. It includes his major successes: Entertaining Mr Sloane, which 'made more blood boil that any other British play in the last ten years' (The Times); Loot, 'a Freudian nightmare', which sports with superstitions about death - as well as life; his farce masterpiece, What the Butler Saw; The Erpingham Camp, his version of The Bacchae, set in a Butlin's holiday resort; together with his television plays, Funeral Games and The Good and Faithful Servant. The volume includes a revealing introduction by John Lahr, Orton's official biographer."He is the Oscar Wilde of Welfare State gentility" (Observer)