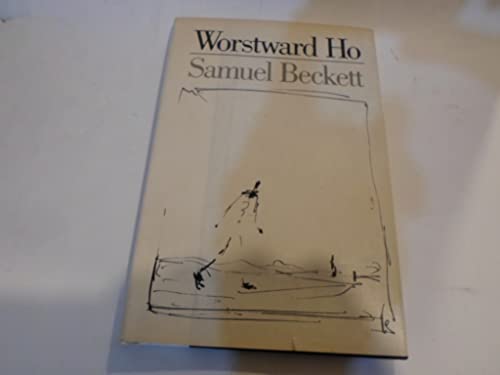 The most condensed of all Beckett's prose works, this is a
short parable of amazing audacity that describes life coming into being and
the whole impossible process of creation. Man comes from some distant
chemical accident and seems destined to go out to conquer the stars.
Economy of words does not lessen the poetic intensity of this beautiful
late work.

The second last prose text, Worstward Ho, the latter is a
novella written in 1983, shortly after the largely autobiographical Company
and Ill Seen Ill Said, and ironic theological speculation, both previously
published as the first two parts of a late trilogy of short novels. The
concentration of language and precision of description in the current work
is revolutionary, even for Beckett, the great reshaper of literary
expression, and its theme is the creation of life, as if by a malignant God
or Demiurge. Life, against all possibility, finally exists, and man becomes
a painful presence. It is one of the supreme poetic texts of the 20th
century.

Samuel Beckett was born in a suburb of Dublin in 1906 and died
in Paris in 1989. After school in Northern Ireland he went to Trinity
College in Dublin where he distinguished himself in French and Italian and
was recognised as a brilliant scholar, who under an exchange arrangement
taught at the Ecole Normale Supérieure before becoming a writer. He left
Ireland and finally settled in Paris, staying in France during the war
where he was a courier in the Résistance. He won the Nobel Prize in 1969
and is now recognised as one of the major writers of the 20th century.