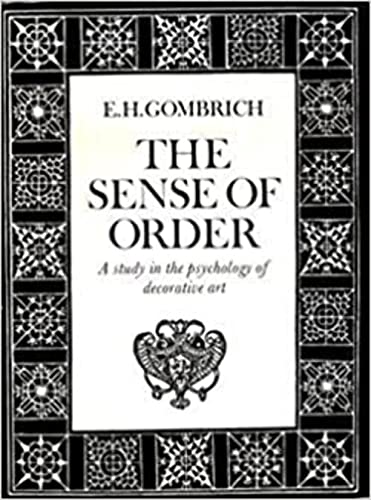 Investigates the psychology of decorative design and the creation and function of formal orders concentrating on problems of decorative theory, visual perception, and the symbolism of design

'It would be hard to imagine a more intelligent discussion of the natural history of decoration and ornament.' (Jonathan Miller, The Sunday Times)

Sir Ernst Gombrich was one of the greatest and least conventional art historians of his age, achieving fame and distinction in three separate spheres: as a scholar, as a popularizer of art, and as a pioneer of the application of the psychology of perception to the study of art. His best-known book, The Story of Art - first published 50 years ago and now in its 16th edition - is one of the most influential books ever written about art. His books further include Art and Illusion(1979) and The Preference for the Primitive (2002), as well as a total of 11 volumes of collected essays and reviews.

Gombrich was born in Vienna in 1909 and died in London in November 2001. He came to London in 1936 to work at the Warburg Institute, where he eventually became Director from 1959 until his retirement in 1976. He won numerous international honours, including a knighthood, the Order of Merit and the Goethe, Hegel and Erasmus prizes.

Gifted with a powerful mind and prodigious memory, he was also an outstanding communicator, with a clear and forceful prose style. His works are models of good art-historical writing, and reflect his humanism and his deep and abiding concern with the standards and values of our cultural heritage.

1. The Sense of Order: A Study in the Psychology of Decorative Art (The Wrightsman lectures)

2. The Sense of Order: A Study in the Psychology of Decorative Art (The Wrightsman lectures)

4. The Sense of Order: A Study in the Psychology of Decorative Art Gombrich, E. H.