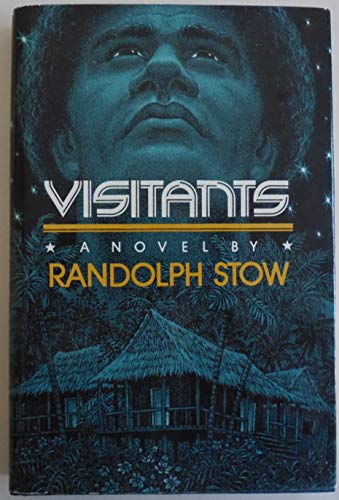 'The most talented and celebrated Australian author of the post-[Patrick] White generation.' - The Monthly

'Stow is an exceptional writer, truly gifted at capturing the natural environment as well as the essential physical and psychological characteristics of his characters. What makes his work memorable however is his examination of human connections... Beautiful.' --Salty Popcorn

Julian Randolph Mick Stow was born in Geraldton, Western Australia, in 1935. While at university he sent his poems to a British publisher. The resulting collection, Act One, won the Australian Literature Society s Gold Medal in 1957as did the prolific young writer s third novel, To the Islands, the following year. To the Islands also won the 1958 Miles Franklin Literary Award. Stow reworked the novel for a second edition almost twenty-five years later, but never allowed its two predecessors to be republished.
He worked briefly as an anthropologist s assistant in New Guineaan experience that subsequently informed Visitantsthen fell seriously ill and returned to Australia. In the 1960s he lectured at universities in Australia and England, and lived in America on a Harkness fellowship. He published his second collection of verse, Outrider; the novel Tourmaline, on which critical opinion was divided; and his most popular fiction, The Merry-Go-Round in the Sea and Midnite.
In 1969 he settled permanently in England: first in Suffolk, then in Essex, where he moved in 1981. He received the 1979 Patrick White Award.
Randolph Stow died in 2010. He has been hailed as the least visible figure of that great twentieth-century triumvirate of Australian novelists whose other members are Patrick White and Christina Stead .
Drusilla Modjeska was born in London. She spent several years in Papua New Guinea before arriving in Australia in 1971, where she gained a doctorate at the university of NSW. Modjeska's writing often explores the boundaries between fiction and non-fiction. The best known of her work are Poppy (1990), a fictionalized biography of her mother, and Stravinsky's Lunch (2001).
She lives in Sydney.
"