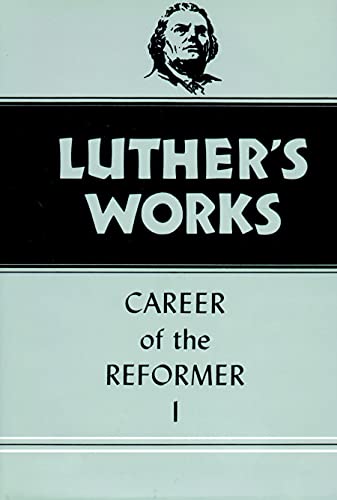 The young Luther emerges in this volume in his role of reformer. We follow him through his early years of clarifying his evangelical doctrines and relive with him the stirring events that were to influence the fate of Germany, all of Europe, and eventually the whole world.

Martin Luther (1483, 1546) was a German monk, a theologian and church reformer, he is considered to be the founder of Protestantism. Luther was a professor of Bible at the University of Wittenberg when he posted his famous 95 Theses (1517). In addition to writing many books, Luther translated the Bible into German. Luther believed that salvation was only by faith in Jesus, unmediated by the church. He challenged papal authority by emphasing the Bible as the only source of religious authority and believed the church to be a priesthood of all believers.These ideas helped to inspire the Protestant Reformation and changed the course of Western civilization. He married Katharina von Bora thus initiating the practice of clerical marriage within Protestantism.- Publisher.

1. Luther's Works, Volume 31: Career of the Reformer I

2. Luther's Works, Volume 31: Career of the Reformer I

3. Luther's Works, Volume 31: Career of the Reformer I