Items related to With Both Hands Waving

Fox, Justin With Both Hands Waving

With Both Hands Waving 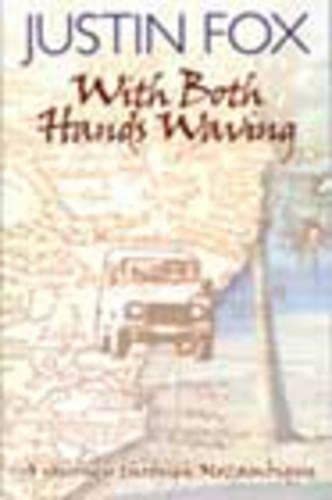 "Incorporating contemporary conflict and historical tradition in Mozambique, this travel memoir chronicles the experiences of a team of South African journalists who journeyed up the tropical coast of Southeast Africa and across the interior land of Mozambique in the early 1990s. The travelers observe architecture and devil worship, nature and war, snorkeling and cooking, and encounter aid workers, backpackers, bandits, prostitutes, and ordinary Mozambique citizens along the way. With humor and sharp observation, this account captures a pivotal moment in Mozambique's history after the bitter independence struggle and devastating civil war when the country, its people, and the narrator must redefine individual and national identities."

An exciting travel book about Mozambique that has been compared to the work of Raban and Chatwin. At one stage Mozambique was seen as an African basket cases, having come through a revolution during the seventies that was followed, as night follows day, by nearly 15 years of civil war between the forces of Renamo and Frelimo. It has miraculously been pulled back from the brink, and in some part, this book is a celebration of that. It's an adventure story that doesn't pull its punches: much of Mozambique is dirty, disorganised and unhygienic and Justin Fox never draws back from the reality. This is a totally unsentimental account of contemporary Mozambique, which is the source of much of the humour in the writing - for it is also a very funny book. Fox writes of his family's history and uses the imagery of prints - footprints, animal spoor, black and white photographs - to weave a sophisticated but very accessible account of contemporary south east Africa and its complexities. The journey takes him from the South African border to Ibo Island and Pangane, nearly as far north as the Ruvuma River.

His party gets dysentery, malaria and footworm; but they also get to see some of the great conservancies of south east Africa in their raw state and a chunk of Lusitanian Africa that most Anglo Saxons don't get to rave on. And woven through the tale of the journey is a love story and a young man's quest for answers about himself, life, death, the Universe and the whole damn thing. It's a great book. Read it.

1. WITH BOTH HANDS WAVING: A JOURNE

2. WITH BOTH HANDS WAVING: A JOURNE