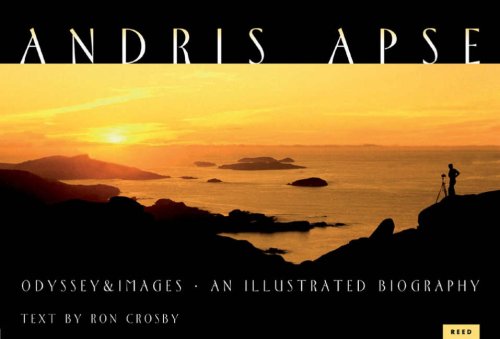 Andris Apse is one of New Zealand's leading landscape photographers, winning a number of major international accolades for his work. Many of those award-winning images are included in this moving story of his life. Born in 1943, Andris and his mother Kamilla fled their native Latvia to escape the horrors of war, living as refugees in Germany before settling in New Zealand in 1949. After 46 years believing him dead, Andris eventually restored contact with his father Voldemars, separated by war but still alive and living in Latvia. Through early diaries, letters and historic photography, this book takes the reader on the emotional journey from separation to reunion; it's a visual odyssey with considerable poignancy as it details the reactions of those caught up in the tragedy. Andris' favourite photographs from his award-winning body of work accompany his biography, written by Ron Crosby, taking the reader on a journey over 50 years and depicting scenic locations in Soviet Russia, Asia, Australia, Antarctica and New Zealand. Many photographs are previously unpublished.