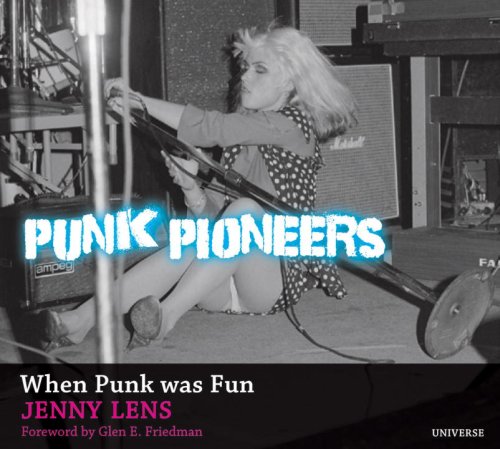 Chronicling the punk scene as it raged from glam rock to punk, archiving the stars, followers, fans and performances, Jenny Lens reveals untold stories with rare and candid images of greats such as The Ramones, The Clash, Patti Smith, The Dead Boys, Sex Pistols, Blondie, Iggy Pop, Joan Jett, and many more.

"If the rise of "punk" heralded the decline of Western Civilization, through Lens' compassionate eye it doesn't look that way." "Black Book"

Jenny Lens earned a BA in Art from California State University and MFA in Design from Cal Arts. Her iconic and often uncredited shots are rarely exhibited, but are in demand more than ever. Her photos have been published internationally since 1976 in legendary fanzines such as Slash, Flipside, and Back Door Man, in mainstream magazines Creem, Rolling Stone, Spin, and NME, Melody Maker, and MOJO in England, and have been featured in documentaries including American Hardcore, Punk: Attitude, and Ramones Too Tough to Die.