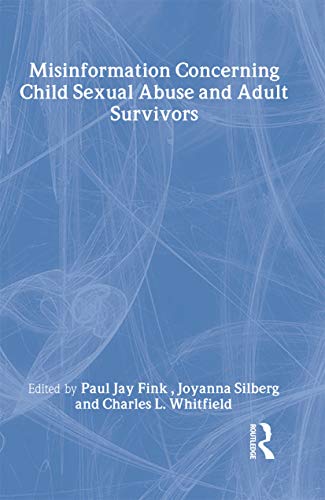 Successfully navigate the minefield of misinformation that can prevent justice from being done in child sexual abuse cases!

From the Foreword, by Robert Geffner, PhD, editor of the Journal of Child Sexual Abuse: “Too often, the public and some professionals have been misled by media publicity and articles . . . that appear scientific, but in reality, are biased opinions or over-generalized research. Forensic cases are being decided in many courts based upon the recommendations of so-called 'expert witnesses’who do not actually know the clinical research or understand the dynamics of such abusive relationships.”

This much-needed book points out and corrects misinformation that everyone who works with victims, offenders, or families in which sexual abuse has occurred needs to understand clearly. Especially vital in today's political climate, Misinformation Concerning Child Sexual Abuse and Adult Survivors gives you state-of-the-science information on such myths as “false memory syndrome,” “recovered memory therapy,” and the “lack of harm” to some sexually abused boys.

Seeking to correct media and "expert witness" misrepresentations concerning child sexual abuse (CSA) and its long-term outcomes, Dr. Whitfield (alcohol studies, Rutgers U., NJ) and his co-editors introduce themes examined in eight articles on what has been identified as a major public health issue, including: societal denial, disinformation as a le