Items related to Moe's Villa and Other Stories

Moe's Villa and Other Stories 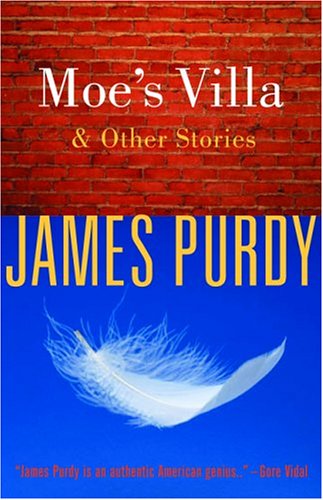 A literary cult hero, James Purdy's exquisitely surreal fiction has been populated for more than 40 years by social outcasts living in crisis and longing for love. His acclaimed first novel Malcolm (1959) won praise from writers as diverse as Dame Edith Sitwell, Dorothy Parker, Marianne Moore, and Gore Vidal, while his later books, from the award-winning Eustace Chisholm and the Works (1967) to In a Shallow Grave (1976), and Gertrude of Stony Island Avenue (1998) influenced new generations of authors from Dennis Cooper to Paul Russell. Moe's Villa and Other Stories, Purdy's first short-story collection in over a decade, showcases twelve new stories; from fairy tales about an opera diva whose mega-stardom is managed shrewdly by her talking cat to the little girl who runs off with a fire-breathing dragon to eat turtle soup; from a bizarre account of a desperate husband whose obsession over his wayward ex-wife leads to his fixation on a rare white dove to a visit to Moe's Villa, a private mansion doubling as a gambling casino where lonely boys are taught the art of poker by the Native American proprietor, Purdy takes his well-deserved place in the tradition of the finest American storytellers.

"An authentic American genius" - Gore Vidal"A writer of fantastic talent. His books take one by the throat and shake one's bones loose. The American language at its best" - George Steiner, Sunday Times

James Purdy is one of America's most distinguished and consistently interesting writers. His many novels include Malcolm, Eustace Chrisholm and the Works Narrow Rooms and most recently Gertude of Stony Island. He lives in Brooklyn, New York.