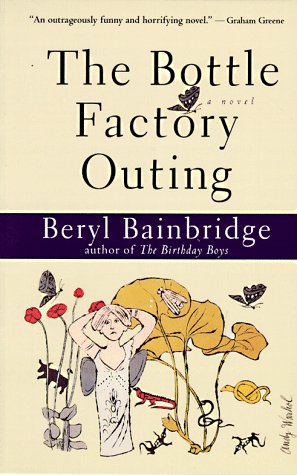 Freda and Brenda spend their days working in an Italian-run wine- bottling factory. A work outing offers promise for Freda, and terror for Brenda, passions run high on that chilly day of freedom, and life after the outing never returns to normal.

"'an outrageously funny and horrifying story' Graham Greene (Observer) 'After turning the final page of The Bottle Factory Outing, one can only gasp, and grope for the right word...Such an atmosphere of impending doom has not been created since Brighton Rock - except that Beryl Bainbridge is mercilessly comic instead of being mercilessly vicious. Specialising in successive denouements, and with her gift for collecting the most amazing detail, she is so in control of her marvellous little story that one hangs on her words from first to last. What originality, what pleasure.' Ronald Blythe (Sunday Times)"