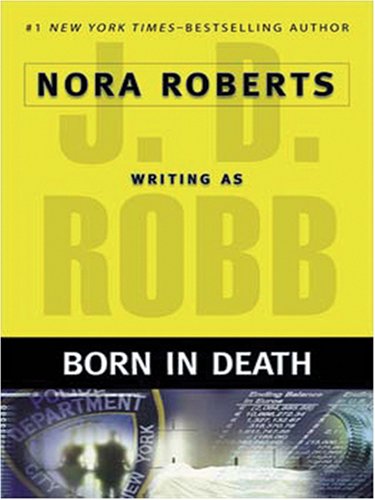 Lieutenant Eve Dallas struggles with the end and the beginning of life in this thriller in the #1 New York Times bestselling In Death series.
Just as Eve Dallas begins to investigate the grisly double homicide of two young lovers both employees of the same prestigious accounting firm her friend Mavis need a favor. One of the moms-to-be in Mavis s birthing class has gone missing. Normally, such a case would be turned over to Missing Persons. But Mavis wants no one else on the job and Eve can t say no.
Now Eve s trying to track down the missing woman, while simultaneously unearthing the deals and double-crosses hidden in the files of some of the city s richest and most secretive citizens, in a race against this particularly vicious killer. Luckily, her multimillionaire husband Roarke s expertise comes in handy with the number crunching. But as he mines the crucial data that will break the case wide open, Eve faces an all too real danger in the world of flesh and blood."

Life and death literally intertwine in this outstanding novel that emphasizes to the emotional growth of Eve and Mavis over the course of this series. This book is definitely worth the wait and a worth a hankie or two. This is Robb's very best yet! RT Book Reviews
Dallas methodically cuts through her twin cases with barely a hitch, but she s such a prickly-sharp, memorable character (one of many, in fact), you ll enjoy watching her do it. Entertainment Weekly
More Praise for the In Death series
Robb is a virtuoso. Seattle Post-Intelligencer
It s Law & Order: SVU in the future. Entertainment Weekly
J. D. Robb s In Death novels are can t-miss pleasures. #1 New York Times bestselling author Harlan Coben
Anchored by terrific characters, sudden twists that spin the whole narrative on a dime, and a thrills-to-chills ration that will raise the neck hairs of even the most jaded reader, the J. D. Robb books are the epitome of great popular fiction. New York Times bestselling author Dennis Lehane"

The new and reissued J. D. Robb classic from the 'In Death' series, in which Eve must face her fears and save a young, pregnant woman caught in a terrible trail of deception.