Items related to Have You Seen Dawn? (Basic)

Have You Seen Dawn? (Basic) 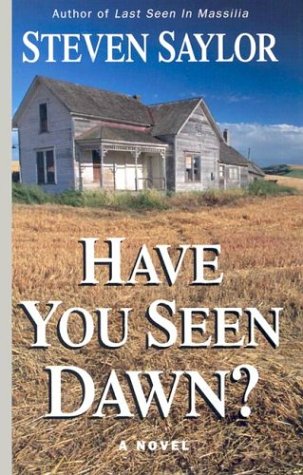 When Rue Dunwitty goes back to Amethyst, Texas, it is definitely a trip made more out of a sense of duty than desire, yet on her arrival at her grandmother's house she realizes that something in the town has changed. In the local store's window there is a sign that reads simply, 'Have you seen Dawn?' and with the sign is a picture of a pretty teenage girl. Putting aside all thoughts of the missing girl, Rue begins her visit with her grandmother but the disconcerting sense of menace she first felt at the store refuses to go away - and soon she becomes embroiled in a mystery in which it seems everyone in town knows more about Dawn's disappearance than they are willing to admit.

Book Description Condition: Good. Largeprint. Former Library book. Shows some signs of wear, and may have some markings on the inside. Seller Inventory # GRP23595916