Items related to First We'll Kill My Husband: The Dark Desires of...

First We'll Kill My Husband: The Dark Desires of the Only Woman on Georgia's Death Row (Pinnacle True Crime) 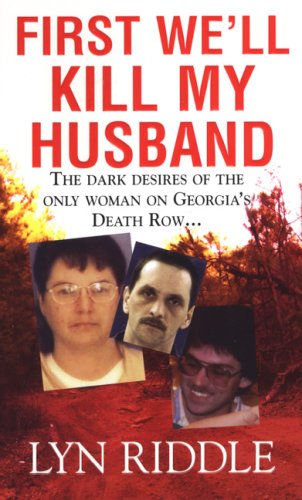 Recounts the shocking events that led to the capture of Kelly Gissendaner, the first woman on Georgia's Death Row, convicted after convincing her lover to kill her husband Doug, a Gulf War veteran. Original.

Gulf War veteran Doug Gissendaner would do anything for a friend, a stranger, or the wife who broke every rule in the marriage book. Now, investigators were scouring the Georgia woods not far from Doug's home. They'd already found the charred wreckage of his car. They knew they were looking for a body...Gregory Owen had been having an on-again, off-again affair with Doug's wife for years. Then Kelly Gissendaner told Greg it was time for her husband to die. With a knife and a plan, Greg forced Doug to drive into the woods. When Greg finished his savage, cold-blooded deed, Kelly showed up to make sure Doug was dead.This is the astounding true story of the only woman on Georgia's Death Row and the chilling, account of how she got there. From the hold Kelly had over a good and decent man to her dramatic, controversial trial, "First We'll Kill My Husband" captures the lies, schemes, and manipulations of a woman totally bent on murder...