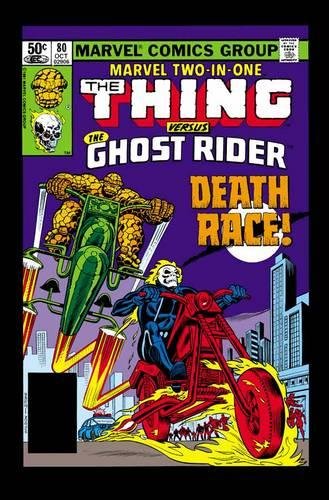 Ben Grimm, the Ever-Lovin' Blue-Eyed Thing, is back and better than ever in the fantastic final volume of Essential Marvel Two-in-One! Thrill to some of the wildest exploits ever experienced by the Idol of Millions as he journeys around the globe and beyond! From the sands of ancient Egypt to the Canadian wilderness, join Ben and his pals as they participate in everything from micro world melees to championship cosmic bouts. Guest-starring Spider-Man, Alpha Flight, the Sandman, Thor and many more!COLLECTING: MARVEL TWO-IN-ONE 78-98, 100, ANNUAL 6-7