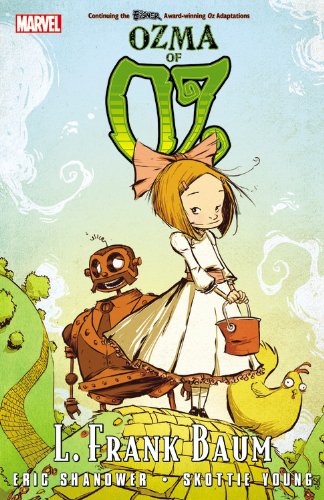 Eric Shanower, the award-winning and New York Times bestselling cartoonist, author, and illustrator. His work has been widely published--from Marvel Comics to Random House, from Nickelodeon Magazine to BBC television. His current comics project, Age of Bronze, tells the complete story of the Trojan War in all its dramatic detail. Age of Bronze has been published by Image Comics since 1998, garnering two Eisner Awards, a Gran Guinigi, and a slew of nominations. The second volume, Sacrifice, was selected as one of the Best Books of 2004 by the editors of Publishers Weekly. In addition to English, Age of Bronze is published in Spanish, French, Polish, Italian, Croatian, and Indonesian.

Skottie Young has been an illustrator and cartoonist for over ten years working for companies such as Marvel, Warner Bros., Image, Upper Deck, Mattel and many more.