Items related to The King's Coat: The Naval Adventures of Alan Lewrie... 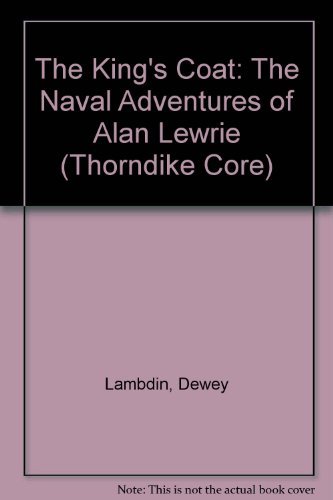 Packed off to the Navy after having been discovered in a compromising position, young Alan Lewrie becomes engaged in war and leadership, battles the French, the Dutch, and the Rebels, and continues his career as a ladies man

Dewey Lambdin, a self-described navy brat, has been a sailor since 1976, with a special taste for cruising the Gulf of Mexico in his sloop. He is the author of seven Alan Lewrie novels: The King's Coat, The French Admiral, The King's Commission, The King's Privateer, The Gun Ketch, H.M.S. Cockerel, and A King's Commander. A member of the Naval Institute, Dewey Lambdin makes his home in Nashville, Tennessee.

Book Description Hardcover. Condition: GOOD. Spine creases, wear to binding and pages from reading. May contain limited notes, underlining or highlighting that does affect the text. Possible ex library copy, will have the markings and stickers associated from the library. Accessories such as CD, codes, toys, may not be included. Seller Inventory # 3446426651