Items related to EVERYTHING MUST GO

ELIZABETH FLOCK EVERYTHING MUST GO 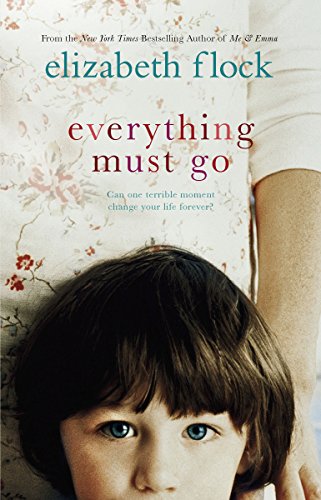 'Everything Must Go is a solid story that is a blend of pathos and humour.' --Romantic Reviews Today

'Henry Powell, a clothing store clerk, feels that life has passed him by and the promise of his youth is unfulfilled. Gradually we discover how things went wrong for him. As big fans of Elizabeth Flock s previous work, we couldn t wait to get our mitts on this! **** ' --OK! Magazine

Before she became a writer Elizabeth Flock worked as a foreign correspondent for American television news where she travelled the world to feed her hunger for the big story of the day. The handover of Hong Kong from British rule back to China, the historic meeting between Pope John Paul II and Fidel Castro in Havana, Cuba, and London s reaction to the death and funeral of Princess Diana. Flock covered them all. Having lived in London, San Francisco and New York, Elizabeth s career has also included reporting for both Time and People magazines. By 1998, however, Elizabeth knew she could no longer make the sacrifice required of a rising network star and instead chose the peaceful life of writing. A graduate of Vanderbilt University, Elizabeth is married, has two stepdaughters, four cats and a dog and lives in Chicago.

Everything Must Go Flock, Elizabeth