Items related to The Adventures of Sherlock Holmes

The Adventures of Sherlock Holmes 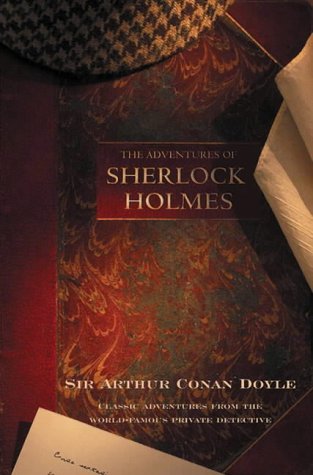 Through the fog of Victorian London to the deepest countryside, Sherlock Holmes and Doctor Watson embark on their thrilling investigations. In some of his best-known cases, including ‘The Speckled Band' and ‘The Copper Beeches', Holmes brings his dazzling logic and unique powers of deduction to bear on the most challenging and intriguing mysteries.

"I read these stories when I was a child and discussed them endlessly with my grandfather: one of my earliest literary memories. I know all the solutions off by heart now but it doesn't matter because the brilliance of the stories lies in the relationship between Holmes and Watson, which is both funny and touching" (Jonathan Coe Sunday Express)

"Now, as in his lifetime, cab drivers, statesmen, academics, and raggedy-arsed children sit spellbound at his feet -proof, if proof were needed, that Doyle's modesty of language conceals a profound tolerance of the human complexity... No wonder, then, if the pairing of Holmes and Watson has triggered more imitators than any other duo in literature. Contemporary cop dramas draw on them repeatedly" (John Le Carre The Times)

"Arthur Conan Doyle is unique in simultaneously bringing the curtain down on an era and raising one on another, ushering in a genre of writing that, while imitated and expanded, has never been surpassed" (Stephen Fry)

'Arthur Conan Doyle is unique...Personally, I would walk a mile in tight boots to read him to the milkman' Stephen Fry

1. The Adventures of Sherlock Holmes

Book Description House of Stratus, 2001. Paperback. Condition: Good. Ex Library Book with usual stamps and stickers. A few small marks to the page edges. A slight tan to the page edges. Good condition is defined as: a copy that has been read but remains in clean condition. All of the pages are intact and the cover is intact and the spine may show signs of wear. The book may have minor markings which are not specifically mentioned. Most items will be dispatched the same or the next working day. Seller Inventory # mon0010927554

Book Description House of Stratus, Incorporated. Paperback. Condition: Very Good. A copy that has been read, but remains in excellent condition. Pages are intact and are not marred by notes or highlighting, but may contain a neat previous owner name. The spine remains undamaged. An ex-library book and may have standard library stamps and/or stickers. At ThriftBooks, our motto is: Read More, Spend Less. Seller Inventory # G0755106377I4N10

3. The Adventures of Sherlock Holmes

4. The Adventures of Sherlock Holmes